Unfortunately, 2019 has been a big year for hackers. From January, cyberattacks have been impacting a countless number of individuals, especially within the Healthcare industry. With it being a big target, we have gathered some of the Greatest Healthcare Data Breaches of 2019. 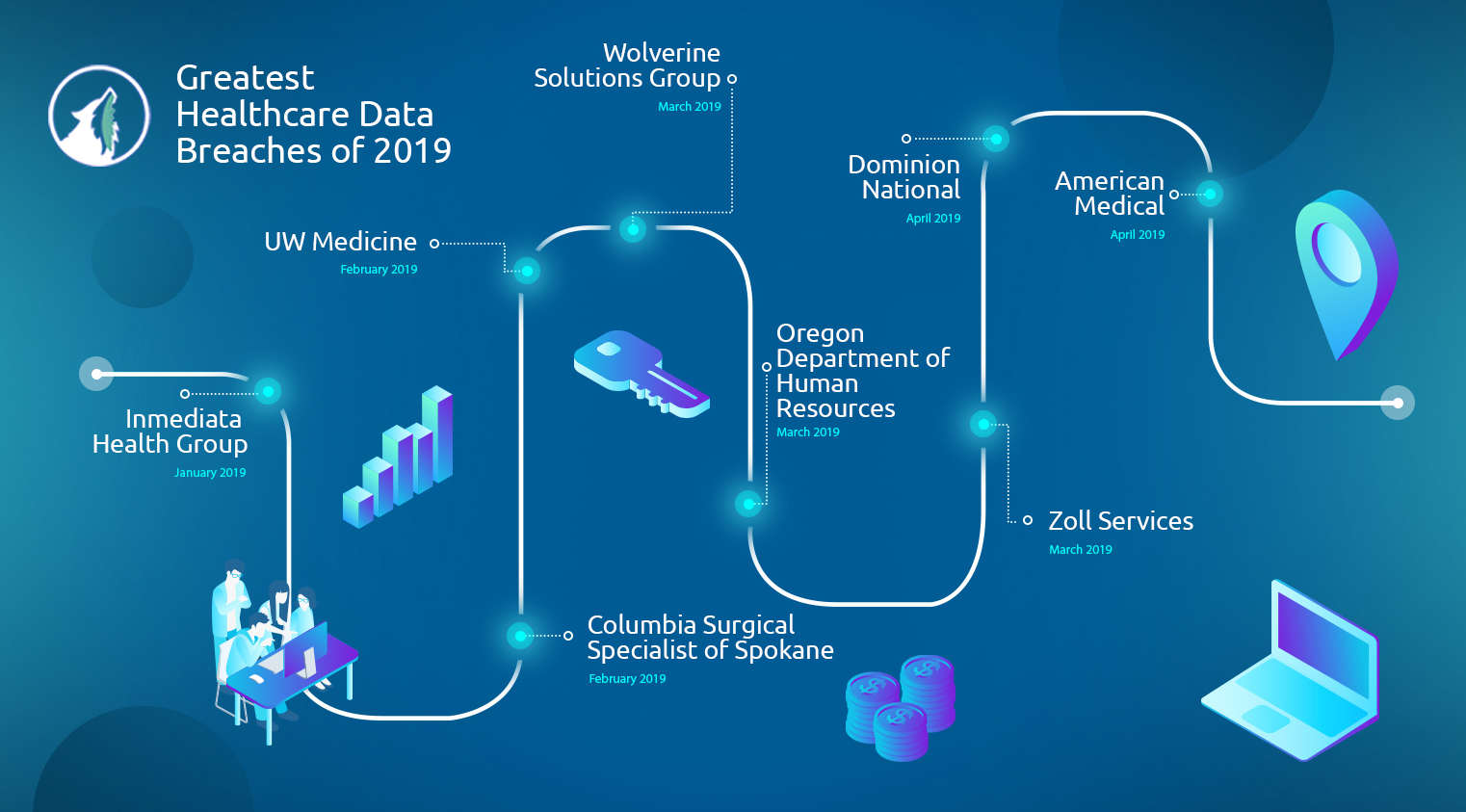 Due to a misconfigured database, 1.57 million Inmediata Health Group patients had fallen victim to a personal health data breach. Officials found a search engine function that was allowing internal webpages to be indexed, exposing electronic information. To make matters worse, patients who were to be notified of the breach were sent the wrong letters during the process.

A ransomware attack impacted 400,000 patients. Information about this breach is very limited, but it has been reported that Columbia Surgical Specialist did not pay the ransom and was able to restore data from backups.

974,000 patients were exposed online for three weeks due to a misconfigured server. This was due to an employee error that allowed internal information to be accessed to the public. However, it was not discovered until a patient conducted a search of their own, coming across their personal files.

A ransomware attack compromised a wide range of data from a host of clients, including demographic details and Social Security numbers. It 's not clear exactly how many people were affected, but it has been estimated to be over half a million!

A breach caused by a massive phishing campaign led to 625,000 patients and 2.5 million emails being compromised. Hackers were able to gain access to internal information by sending malicious emails to employees, asking them to provide their user credentials. Information accessed includes case numbers, SSN and PHI.

A nine-year hack on its servers potentially breached the data of 2.96 million patients. An investigation was prompted after an internal alert exposed unauthorized access to its systems. The unauthorized access was dated back as early as August 2010.

The AMCA was hacked for eight months, so far affecting up to 12 million patients from Quest Diagnostics. It is still unclear the total number of patients affected since most of the impacted providers are still going under investigation for the breach.