We all know what phishing is and how prevalent it is. This is the attack that accounted for more than 80% in 2021! More details can be found here and here.

With such scary numbers, it is an attack vector that warrants our attention. As we know, the security at our company is only as strong as our weakest link, and unfortunately, this is how threat actors leverage phishing attacks against us.

You can have all controls in the world, but you can still get phished; it is virtually impossible to implement an anti-phishing solution that will cover all the bases. Yes, you can have safe links, and a myriad of other controls, but that user interaction that’s at the core of this attack is how you get exploited and it's just too difficult to account for. There are many tools out there that will do filtering for you (and whatever else), however these emails still can (and probably will) get through. You need to know what to do when that (inevitably) happens.

This all goes to say how important our education and cyber awareness in the organization are since we can be sure that we will eventually get targeted by one of these attacks.

My goal in this series is to look at and explain how a phishing attack works and how to analyse a phishing email. I will only explain some of the most important things briefly in this article. In the upcoming article, I will dive into the technical aspects of the attack.

Phishing and Spam are extremely common social engineering attacks, and not that new at all. First spam message dates all the way back to 1978 – you can read more about that here.

In the 4+ decades this attack has existed, threat actors have found creative ways to perfect it, and we’re all witnessing the results of that effort. As mentioned above, phishing is how 80% of breaches had started in 2021. We can’t know with certainty, but don’t expect this attack to fall out of favor. It is just too convenient for the attacker to at least try and phish the unsuspecting employee.

After obtaining those credentials, they’re off to the races.

Below are listed some of the phishing attack variants:

The MO here is almost the same for every variant, even though they might leverage different methods.

A typical phishing email will have some (or all) of these characteristics:

This is very important to note. There are some good examples out there that illustrate the above nicely, while giving you a practical on the topic. Most companies will use similar stuff when training their employees (most likely with an internal mock phishing test). To see how you fare, you can try the quiz here.

Of course, even if we’re mindful of the above, human error can occur, so you should always pay extra attention when an unknown email pops in your inbox.

How does an Email Travel

Upon hitting SEND in your favorite email client app, there’s a lot of stuff that happens behind the curtains for your email to arrive at its destination. Three protocols are involved in this: POP3, IMAP, and SMTP.

Slightly longer explanation can be found in this article:

Sent emails are stored on the server

Messages can be synced and accessed from multiple devices

Emails are downloaded (and stored) on a single device

Sent emails are stored on a single device, from which the email was sent

To keep messages on the server you need to enable “Keep email on server” option, because all the emails would be deleted from the server, once downloaded to the single device

Lastly, to summarize, an email travelling would look something like this:

This is nicely explained here, where you can also find the diagram shown below. 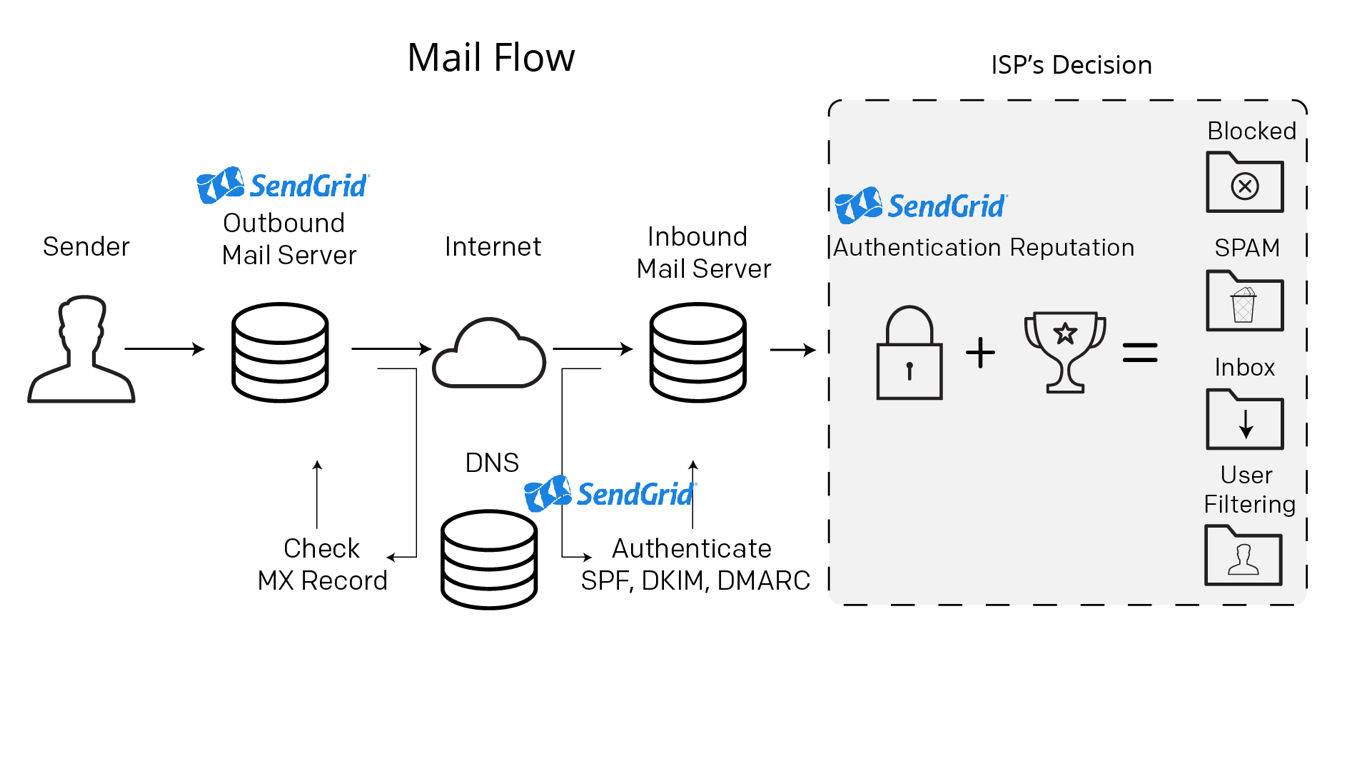 Here you can read more about these three protocols.

Default (un)encrypted ports for these protocols are:

Okay, so I talked a bit about phishing, how scary (real) it is, how an email travels, and I mentioned the variants of phishing attacks.

Before concluding, I’d like to emphasize again how important it is to understand/have some plan prepared against phishing as it is the best way attackers gain access, which in turn leads to some real ugly stuff. Prime example is ransomware, which is the most common way in which a ‘simple’ phishing attack evolves. (You can read more about it here, here, and here)

Finally, to let you go on a very dark note, please remember that phishing kits can be bought online quite easily, and that launching a phishing campaign can be done by someone less technical while the true danger remains; what comes after the attack i.e., what was it used for.  They might be less effective, true, but it is scary to think that it can be done in that way with so little effort – in comparison to the impact the attack can have.

Stay tuned for the next piece where I’ll be talking about header and body analysis, and more!