If you’re familiar with Nmap, you are probably aware of the myriad of options it has to offer. I have opted to use example scans for our purposes in hopes of being able to more easily demonstrate some of those options.

We will take a look at some of the more advanced scans (focusing on Null, Xmas, and FIN scans), and some more examples, example commands, scripts and other options. I focused on these scans as they are rather interesting once you think about how they work and interact with other systems. Also, once in a while, you might be able to completely sneak under the radar of a firewall or packet-filtering router, which we will explain how.

These three scans rely on TCP RFC 793 to know which ports are open and which are closed. They do so by leveraging the fact that if the destination port state is closed, a RST packet is sent in response.

“CLOSED… an incoming segment not containing a RST causes a RST to be sent in response.”

In such systems, any packet that does not contain a SYN, RST or ACK bit will cause an RST response, if the port is in fact closed, and no response if it is not. So long these bits are not included, any other viable combination of the remaining three (URG, PSH and FIN) should be completely fine.

The only thing Null, Xmas, and FIN scans do differently is how they set the TCP flags in the probe packets. In any case, if a RST packet finds its way back, the port would then be considered closed, while not receiving a response would imply it being open | filtered. Filtered just means that an ICMP unreachable error was received.

Because Null scan doesn’t set any flags and all six flag bits are zero, it won’t trigger any responses (if it were to reach an open port – since the receiving system wouldn’t know how to handle a flag-less request). This is essentially how Null scan can help us determine if the port is open. Also, since it doesn’t contain any set flags, it can (sometimes) go under a firewall or a router that would filter incoming packets with certain flags.

Thus, Nmap and Null scan ‘know’ that not getting a response would mean that the port is either blocked by a firewall or that it is open. It is invoked by adding -sN to your command. 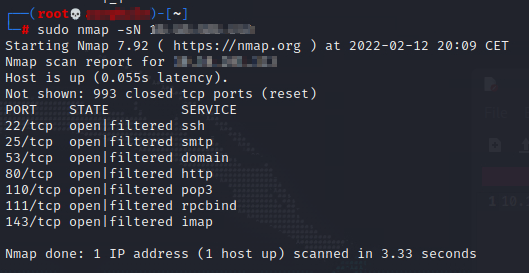 No response → open port (or filtered)

The Xmas scan is called that way because it sets the URG, FIN, and PSH flags at the same time. It is invoked by adding -sX to your command. Like with the FIN and Null scans, receiving an RST packet would indicate the port being closed. Otherwise, it would be shown as open | filtered.

It is called Xmas scan because when the header is filled up with FIN, PSH, and URG flags sent with Xmas scan, it looks akin to a Christmas tree.

No response – open port (or filtered)

Similarly to the previous two scans (Null and Xmas) FIN scan will send a TCP packet with the FIN flag set. You can do so using -sF to your command. As previously, there will be no responses sent back if the TCP port is open, so Nmap won’t be sure if the port is truly open, or if there’s a firewall rule that is blocking the traffic. But, since the system should respond with an RST if the port closed, we can further deduce the open and /or filtered ports from that fact.

Please note that some firewalls might be able to drop this traffic without actually sending RST’s. 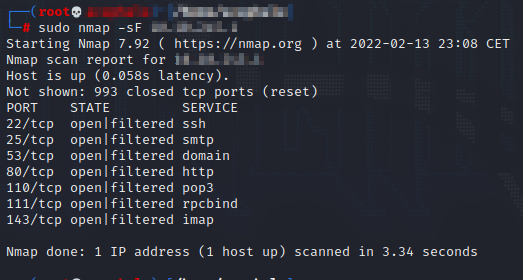 No response – open port (or filtered)

Options in Nmap are usually added by specifying your option in the command (--option_name). Similarly, you can call in-built Nmap scripts by calling --script “name_of_your_script”

Here, we will quickly glance over a few more examples of options, scripts, and some additional commands. 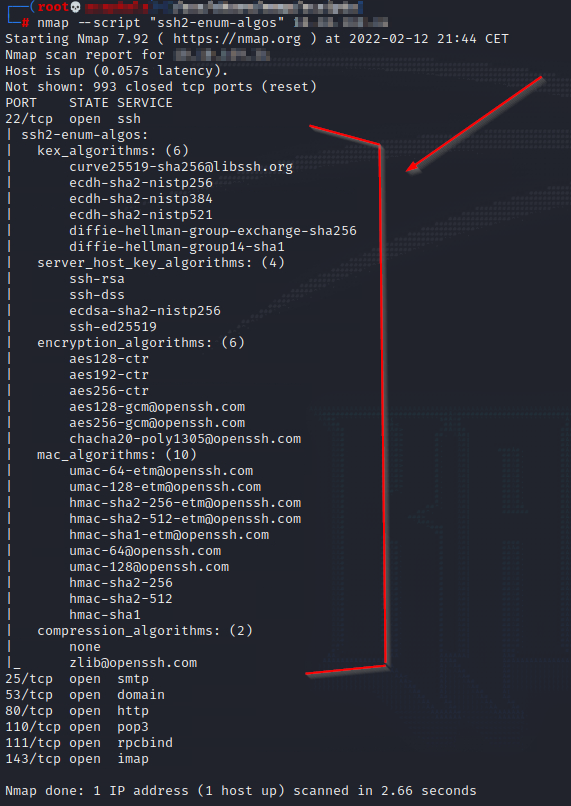 By scanning the host using ssh2-enum-algos script from the NSE scripts library, we have found out what are the algorithms offered by this SSH2 server. 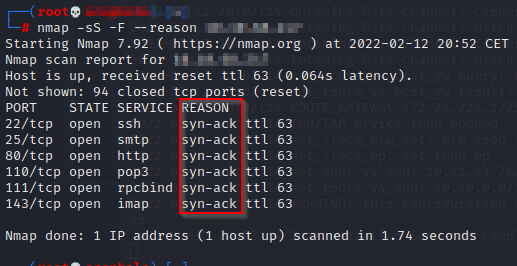 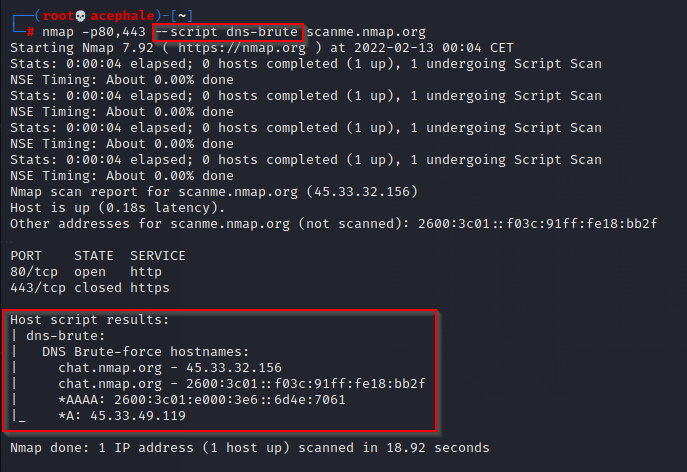 Discovery of some of the scanme.nmap.org subdomains, using dns-brute NSE script

Some (of the many) interesting NSE scripts:

http-errors Script – this script crawls a site looking for any error code(s) of 400 or above, and listing them in order

http-waf-detect Script – tries to determine if a web server is protected with a Web Application Firewall, IDS, or IPS, by probing it with malicious payloads and looking for changes in the response code.

http-waf-fingerprint Script – this script tries to find out if a Web Application Firewall (WAF) is present, and what is its version.

Remember that by default, path to the NSE scripts is /usr/share/nmap/scripts.

This command is equivalent to the -sV -O -SC -traceroute command.

-sV does service and version detection 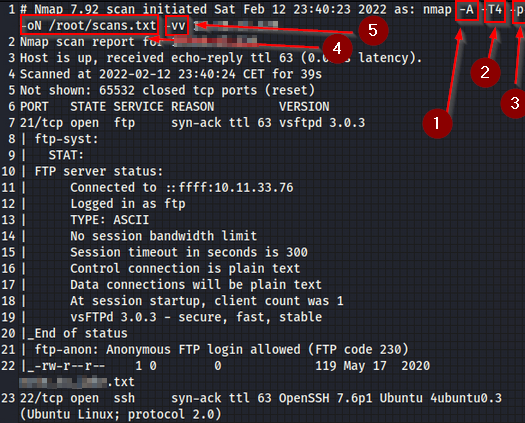 In the screenshot above we have an excerpt from an output file we have created combining the -A command with some other switches.

Can be parsed easily by free XML parsers, writes output in an XML format

Prints normal output of your scan to a file

We have covered a lot in this article, yet we haven’t scratched the surface of what Nmap can do. We barely mentioned NSE (the Nmap Scripting Engine) of which we get ~600 scripts just by installing Nmap – and there are plenty more to be found out there.

Finally, I would just like to emphasize a few more things (even though we might say they should go without saying) before concluding.

OSINT Basics – What is OSINT and Why Do We Do/Need OSINT?

What is OS Fingerprinting?

How OS Fingerprinting  Works: Fundamentals You Need to Know